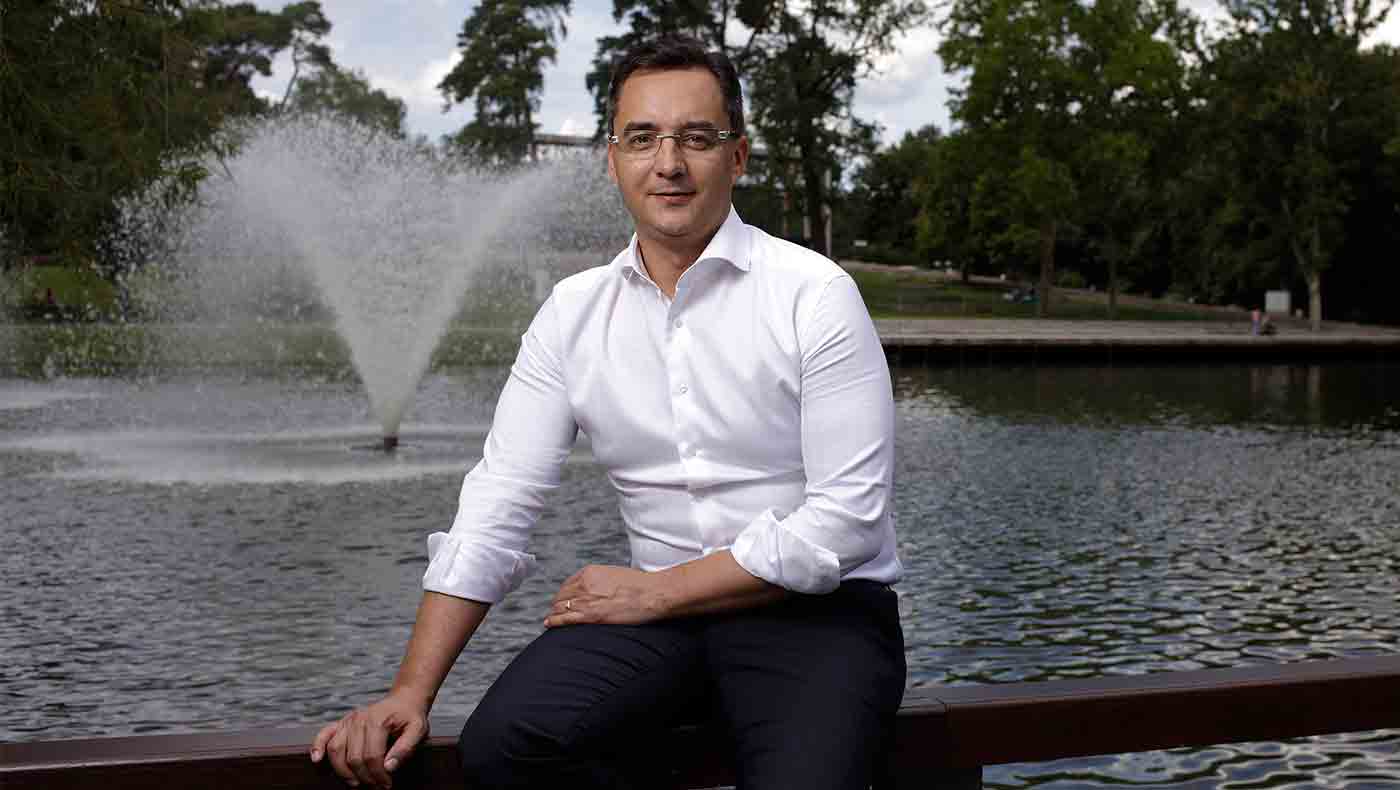 László Papp, Mayor of Debrecen City, guides us through the future plans for the second largest city of Hungary

Debrecen is Hungary’s second largest city with 220,000 inhabitants, located on the east side of the country. Can you provide our readers with a presentation of Debrecen? What are some of the unique flavour or attributes of your city? How does it stand out in Hungary, and in the region?

Historically Debrecen has been an important economic, educational, cultural and services centre in the East of Hungary. Debrecen has been twice the country’s temporary capital, and it played a decisive role in the country’s history. It has only grown in importance over in the last two decades in the region, when we placed great emphasis on urban development, infrastructure and quality of life. I became Mayor in 2014, with the goal to strengthen the economic position of the city. That was my priority. The past six years have been about the building of our economic development strategy. As a result of this strategy more than EUR 2.2 billion of working capital arrived in the city and 8,000 jobs have been created.

What has been your strategy to position Debrecen as top investment destination and to attract the local, regional and international investors, competing against other key destination like Prague and Warsaw? Could you share your vision for the city at the time you took office, and what are some of the major developments that have taken place in Debrecen since? What has been the role of EU funding in this development?

Debrecen managed to attract quite a big number of investments. BMW was taking the palm, with a total of EUR 1 billion invested to build their new assembly plant in the outskirts of the city. In 2020, even in spite of the pandemic, Debrecen was able to maintain the pace of foreign direct investments: we secured EUR 180 million from the Chinese company Semcorp that produces parts for electric vehicle batteries. In spring, the Swiss sensor manufacturer Sensirion also announced an investment in Debrecen.

I believe one of the reasons why Debrecen attracts such large amount of investors is in large part due to our authenticity, which is an important value for us. Traditionally we have been investing a lot in industrial development the past few years, but in line with the government’s priorities in the last few year we have also started to make significant investment into education. The HR question plays a central role in the negotiation with prospecting foreign investors. In fact the city of Debrecen has had a massive education development strategy, that has been going on for the past five years. Debrecen has the largest education system outside of the capital Budapest and is, therefore, very well placed in the country. Debrecen counts over 72,000 students and the number is still growing. We believe that the competition for foreign direct investments needs to be won in the classroom; this is the goal that we have assigned to ourselves. This means that the education systems in Debrecen is very much centred on the economy, and economic matters. In addition, there is an English-language IB International School (ISD) in Debrecen, which provides education from kindergarten to the high school diploma programme. In 2022, the Deutsche Schule, the only German-language school in the region, will open its doors.

A second element that is central to our strategy to attract investors is our focus on industrial infrastructure. One of the first decisions that I made as Mayor was the development of industrial infrastructure, as a result the city has acquired 10 km2 of industrial area – from these 75 percent already have acquired investors. This is a huge competitive advantage in our negotiations, as this means we are able to offer fully developed industrial areas, with all public utilities and infrastructure available, while very often our competitors are lagging behind and don’t have such advanced settings. In addition to the above, the most efficient city-owned economic development organization of the region operates in Debrecen. The EDC Debrecen Urban and Economic Development Centre provides comprehensive counselling and liaison to investors.

How are you working to develop the value chain and attract high value added industry, that would grow the local know-how and create a centre of competence, as well as a full eco-system of qualified labour in Debrecen?

By the time we reach the end of our negotiation with foreign investors, we are already connecting them with our local educational institutions, which in the long run will supply them with the blue collar workers they need, and also through universities with white collar workforce, the engineers and managers they need. The very nature of the Hungarian education system allows us to provide not only blue-collar workers who work in production, but also staff that works in research, development and engineering positions. We operate career offices both in vocational institutions and in universities, that put students in contact with the various corporations in the city, offering them hands-on experience and a potential career path.

The economy in Debrecen is very diverse, ranging from agriculture and food processing, through pharmaceutical and more recently the automotive industry. The education structure reflects that diversity offering a wide range of study programs, in all areas of study from science to technical engineering and more.

Transport infrastructure is an essential component of the city’s development, linking to other cities and countries through its transport network. Its ITC infrastructure likewise provides interconnectivity of its people with the world. What are some of the big projects undergoing now in order to strengthen the city’s connectivity and logistics?

We have some significant developments currently undergoing in the field of transportation in the city of Debrecen. Railway connections are being developed in connection with the big industrial investments taking place in the city, for example in the North Western economic zone, the largest railway logistic project on Hungary is currently being built, in line with the BMW plant. As far as road transportation is concerned, the main development is in the field of highways and motorways, providing fast access to other parts of the country and the continent. Apart from the capital city Budapest, Debrecen is the only city that will have direct motorway connection in all directions of the compass. In addition, Debrecen is equipped with an international airport, that has enjoyed a strong growth these recent years. The intensive development of the airport started in 2012, but the pandemic put a stop to it. In 2019, the airport has become the most important airport in the region, including East Hungary, Western Romania and Eastern Slovakia. Jointly with the national government, we are working on constructing a new runway and a new terminal building that will serve the increasing traffic that the airport is witnessing.

The global travel and tourism industry has been one of the most battered during this last year. Hungary as a whole has been hardly hit, specifically with the travel restriction and border closure. Could you tell us a bit about your vision for rebuilding the tourism sector of Debrecen and put the city further on the map for regional and international visitors?

Debrecen and its wider region are an interesting tourism destination on the East part of Hungary. Historic wine regions, wonderful rivers and the proximity of the Carpathians are a huge opportunity for the region. The economic development of the city gave rise to developments in the hotel industry. There are three large private hotels being built currently in the city through top private investment. Our conviction is that the wider region must adopt a common tourism development strategy, and that Debrecen with its international airport should serve as gateway to the region. The major cities in Europe including Debrecen, Nyíregyháza and Miskolc can cooperate in the interest of this joined tourism strategy.

In addition to natural tourism motivated by sightseeing, Debrecen also has tradition in the field of economic tourism, including conferences, and incentive tourism. As a university town it has served as venue for several major international conferences in the past. These are different aspects of tourism that contribute to give the city a major role as destination of choice for travellers.

What have been the major lessons learnt from the 2020 pandemic, and some of the opportunities that have emerged during the last months? What actions have you taken to leverage these?

It is unbelievable how this pandemic has halted the economy, over such a short period of time. The important lessons that we can take away is that we need to place more emphasis on I.T. and enable people to connect and work from home. I would like to highlight also the efforts of the Government to prepare for the period post pandemic. We all expect the situation to ease in the next few months, and the investment incentive and economic investment activities of the Hungarian government to resume. We are getting ready to come back stronger after these hard times are over.

Debrecen has a strategy in place for the next decade called ‘Debrecen Strategy 2030’, which is a well-conceived development program for the next ten years. We have been working on this program for a couple of years now, the main focal activity of this program are economic development and urban development, just like it has been the focus in the past. The key measure of success for us will continue to be economic success in the city, which can be measured in terms of job creation, as well as attracting high-value added industries. This continues to be our focus.

Aside from economic growth, one of your big priorities is to retain local labour and maintain of the influx of young people in the region. How are you working to grow the city as a European hub for research and innovation, attracting the necessary talent and fuelling the growth of research institutions?

Debrecen just received a recognition as a city of talent development, nurturing talented students. Since 2008, we have been operating programs dedicating special attention to gifted and talented students, mainly in primary schools. Over the past 12 years we have conducted competence surveys and tests on almost 17,000 students and identified 2,000 of them has having high capacities and talent. The general assembly of municipality founded several scholarships, aimed at giving financial support to these talented students, to enable them to pursue studies. We are also helping connect university students to local employers and businesses, so they can envision a future in this city and not somewhere else. In fact, the high quality jobs that are arriving in the city is also helping, ensuring that students remain in the city and pursue their career here.

As a conclusion, what would be your final and direct message to our audience?

Debrecen is the city of the future in Central Europe. Financial Times’ FDI Magazine in 2018 selected Debrecen as the small city with the best FDI strategy. Thanks to Financial Times, we are proud to use this title, as city of the future. This year, Debrecen was ranked second in that same competition, yet no city gets to remain in the podium for two years in a row since the award was established, so that is a first! If readers want to see a city on a stable growth path, with an excellent economic and educational ecosystem and a good quality of life, let’s head to Debrecen!