A good place to be 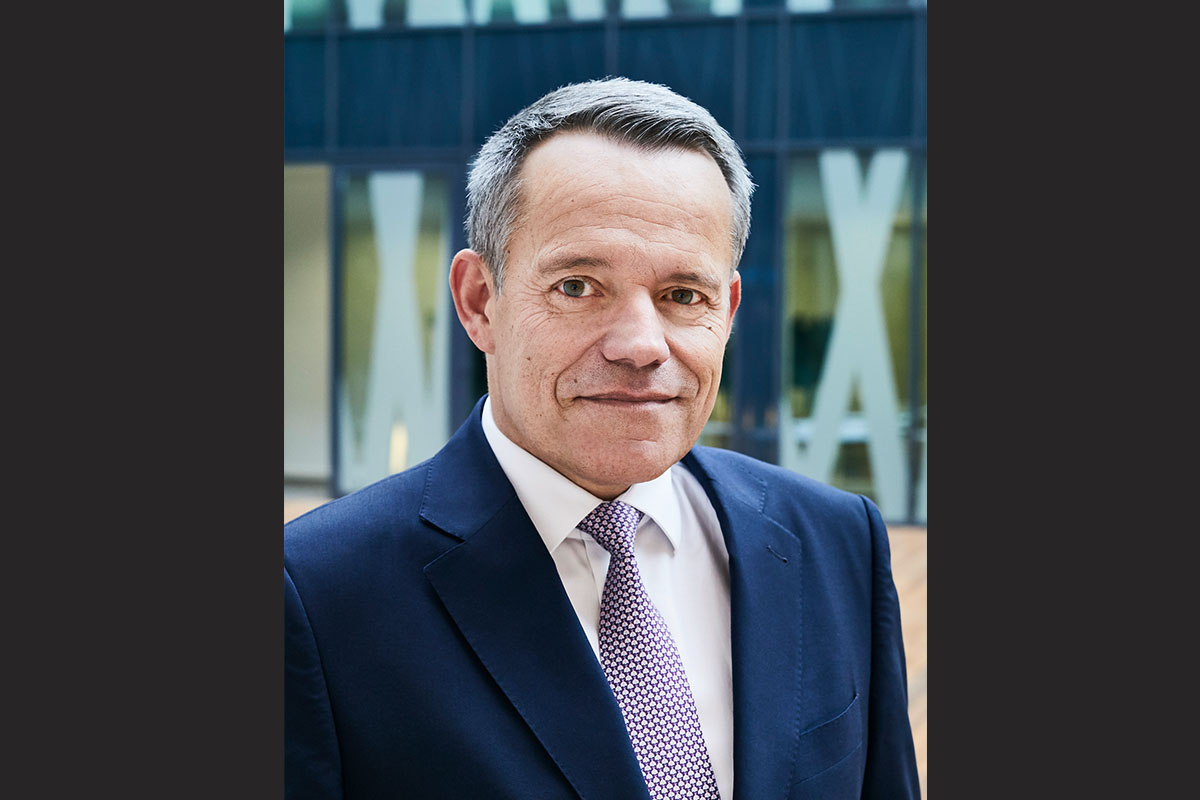 Posted at 09:32h in interview, Luxembourg by Author CR_1

Guy Hoffman, Chairman, Association des Banques et Banquiers (ABBL), answers questions on the overall health of the Luxembourg banking sector and shows why the future is a bright one.

Can you tell us Luxembourg’s post-COVID recovery process as well as the noticeable effects of new GDP growth which has already surpassed pre-pandemic levels? What is the country’s current economic outlook?

Luxembourg recovered fairly well from the economic crisis, considering we had a contagion rate of a slightly more than 1 percent at the height of the pandemic. We bounced back quite rapidly in the fourth quarter of 2020 to pre-crisis levels, with an increase in gross domestic product (GDP) in 2021 of 4.8 percent, and we expect a bit more than three to three and a half percent for next year. I would say one of the biggest drivers in supporting the economy is supporting the banking industry in Luxembourg, as was the case in the crisis of 2007 and 2008. It contributes, at least officially, to more than a third of the economy and indirectly it supports somewhere around 40 to 50 percent of the economy. The latest business sentiment indicators, as well as the financial consumer attitude, suggest a very positive outlook for the Luxembourg economy. In addition, unemployment remains quite low. In fact, employment has increased in response to the boom in consumption. To top things off, the stock market has improved a lot, helping the banking sector to improve, something that, in turn, helps international investors in Europe or in Luxembourg maintain a positive outlook. Overall, we were prepared for the worst, but it did not arrive as such. We do see today that non-performing loans are far less important than we had considered from a local economy perspective. International activities also look better than expected.

How have local banks countered the pandemic and the subsequent shock? What have been the most effective strategies for banks to contribute to recovery and economic resilience and how did ABBL contribute to implementing best practices in the banking sector?

Compared to the previous financial crisis, banks have been a lot more robust, not only here, but generally speaking. In the financial community, Luxembourg still enjoys the highest solvency ratios, the lowest rate of non-performing loans, and the highest tier-one capital ratios. Due to the fact that this is a small country, we have a strong and healthy relationship with the government. Therefore, together we rapidly initiated a plan to help the economy—by extending loans, granting moratoriums, and organizing just how everyone could do their part in such a demanding situation. I must say that it worked out fairly well. We were proactive compared to the economic cycle, and we were swift to react to the customers’ needs, which worked quite well.

How dynamic is the financial system and what key indicators and metrics can you share to give us a snapshot of the banking sector in Luxembourg?

The financial system as a whole is quite robust and solid but, nevertheless, we have to be aware that this is a sector which is in the midst of a huge transition worldwide. Of course, an international financial center like Luxembourg has issues such as the high cost of regulation, low interest rates, and, for the past 10 years, extremely high liquidity in the market coupled with huge investments in digitalization. We must admit that costs are increasing more rapidly than revenue and, overall, the potential for profit is limited. These costs come in the form of investments that need to be done, staff expenses, and regulation. If we look at the figures, even though assets continue to grow quite significantly, there is an apparent reduction in the number of banks in Luxembourg, which is not unusual and is due to worldwide consolidation. One can also observe that results before provision and taxes have been decreasing since 2016 for this very reason. The numbers for 2020 show a reduction of 18 percent, which is quite significant. So, despite a strong and robust financial situation, the European banking environment undoubtedly remains under pressure in terms of profitability.

What are the main challenges and opportunities that exist in the sector today? What reforms are currently being advocated by the ABBL?

This issue of remaining profitable in the European banking environment in the future is one of the greatest challenges. In many cases, the banks that are active in Luxembourg are active in private banking and are smaller entities of larger groups. Of course, the regulation effort is, in many cases, disproportionate when it comes to compliance and reporting functions, so that still remains, for me, one of the biggest challenges when it comes to an international financial ranking.

The second challenge, as in many countries today, is employment. There are not enough skilled candidates—whether it be in technology, business, ICT in general, risk management or compliance—to keep up with economic growth. Luxembourg is no exception and specifically here we also see an increased rate of people moving into the public sector, since the public sector is paying extremely well compared to the private industry. That push has put additional stress on the situation.

The third big challenge is that there are many new actors coming into the market with brilliant ideas that suit the customer well and seduce them. Many of our customers ask why their bank does not have such a wonderful solution. We all know the reason, which is that they do not have the legacy that goes with it, and it is important to safeguard the environment of the banking industry, which is there to finance the economy at large. It is also important to have a level playing field in terms of regulation for new actors compared to the traditional banks. It is incredibly important that everyone be bound to the same rules and regulations, otherwise banks will not be able to finance the economy at the correct rhythm in the long run.

Along with these challenges come opportunities, one of which is, of course, digitalization. If we look at the impact COVID-19 has had, digitalization has dramatically mobilized banks to move in this direction. It has also shown that customers have changed their attitude and much of the way they work with banks. The transition to a sustainable digital economy is also fundamental for the future of the Luxembourg financial sector, and it is important that we have the correct environment to support these investments within the economy.

A second opportunity is sustainable finance. The demand by customers today has increased considerably, and if we look at the situation in Luxembourg, we have a good chance in progressing here and of becoming a sustainable finance hub in Europe for many reasons. We have a lot of leads in the fund industry and within the stock exchange, where we have a huge market share. Additionally, if one looks at the overall economic ecosystem—with all the lawyers, banks, insurance companies, funds and the private equity industry—you have everything in a very small area in Luxembourg. We have the perfect opportunity to do in sustainable finance what we did in the late 1980s and the beginning of the 1990s in private banking with the fund industry. Considering that Luxembourg, despite its tiny size in terms of geography, is essentially massive as a financial center, we can provide single market entry in Europe, our backyard, with all the actors here in our country. Armed with this ecosystem, our triple A rating, and sound political and financial stability, if we keep up with our flexibility, the ability we have in transforming European laws, then we have quite a few prospects ahead of us.

How has the crisis accelerated transformations in the banking environment, and what trends are here to stay? What are the most noticeable changes that have taken place in the banks in the last year?

It is difficult to say because the financial center in Luxembourg is very atypical and not all the banks have the same views and opinions on what will stay and what will be removed, but overall, it is probably similar to many other countries. Working from home is here to stay, in one way or another. Now, many people that work in Luxembourg come from different countries, therefore there are some other legal, fiscal and social issues that will come into play; but I do believe that this is something which will come, maybe at the rate of one day per week at first. Just that is revolutionary.

A second point which I notice popping up regularly is that companies and, of course, that includes banks as such, have gotten much more in touch with cybersecurity over the past 18 to 24 months, a time in which we have witnessed a significant increase in cyber-attacks due to people working offsite. There will be a much larger effort dedicated to this area. Even though I was very pleased that the banking center was able, within two weeks, to work from home and provide all the necessary infrastructure, IT investments will again increase because customers have changed their attitude and hence their behavior. A lot more customers are using—for clear and obvious reasons—more online banking activities and more remote working. The budgetary decisions on IT investments for the short and medium term are now being made, and they will be much more significant.

Big data, AI, blockchain, open banking, cybersecurity and cloud-computing are all causing massive disruptions. Where do you see the most disruptions and what is your vision for the financial services industry of the future?

As I said, it’s a sector which is completely under transformation, and we must admit that, historically, bankers were not technology driven. Our strength was the relationship with the customer, and we had an IT department to process our activities. Today, the demand toward a bank has changed dramatically: to using the data that we have in a correct way and providing solutions that fintechs are providing today. Technology within the banking environment will start to have a completely different impact within the industry. The disruption we will see is extremely large at all levels, and—whether it be artificial intelligence, blockchains, open banking or cybersecurity—we have to know that this is a complete game changer. We discovered over the past year that, as always, you need to have a healthy mix between public and private partners, as well as new technology providers, in order to get this agile approach within the industry to the customer, thereby facilitating the collaboration between these actors.

Moving forward, what is your strategic vision for the medium to long term? Do you have any final remarks for the readers of Newsweek magazine?

I think that banks will continue to help drive the economy well after the post-COVID environment. We have today, as I said, a very strong financial center and banks will leverage these strengths to accelerate digitalization. We have something which the new providers do not likely have, which is that we are used to handling our data in a confident and secure way. That is one of the biggest strengths that we have built over the past years. At the same time, we have not used the data we have and that is a weakness that we will need to change. We do expect the number of banks in Luxembourg to decrease because of consolidation, but the excellent prospect of the economy provides me with a lot of optimism.