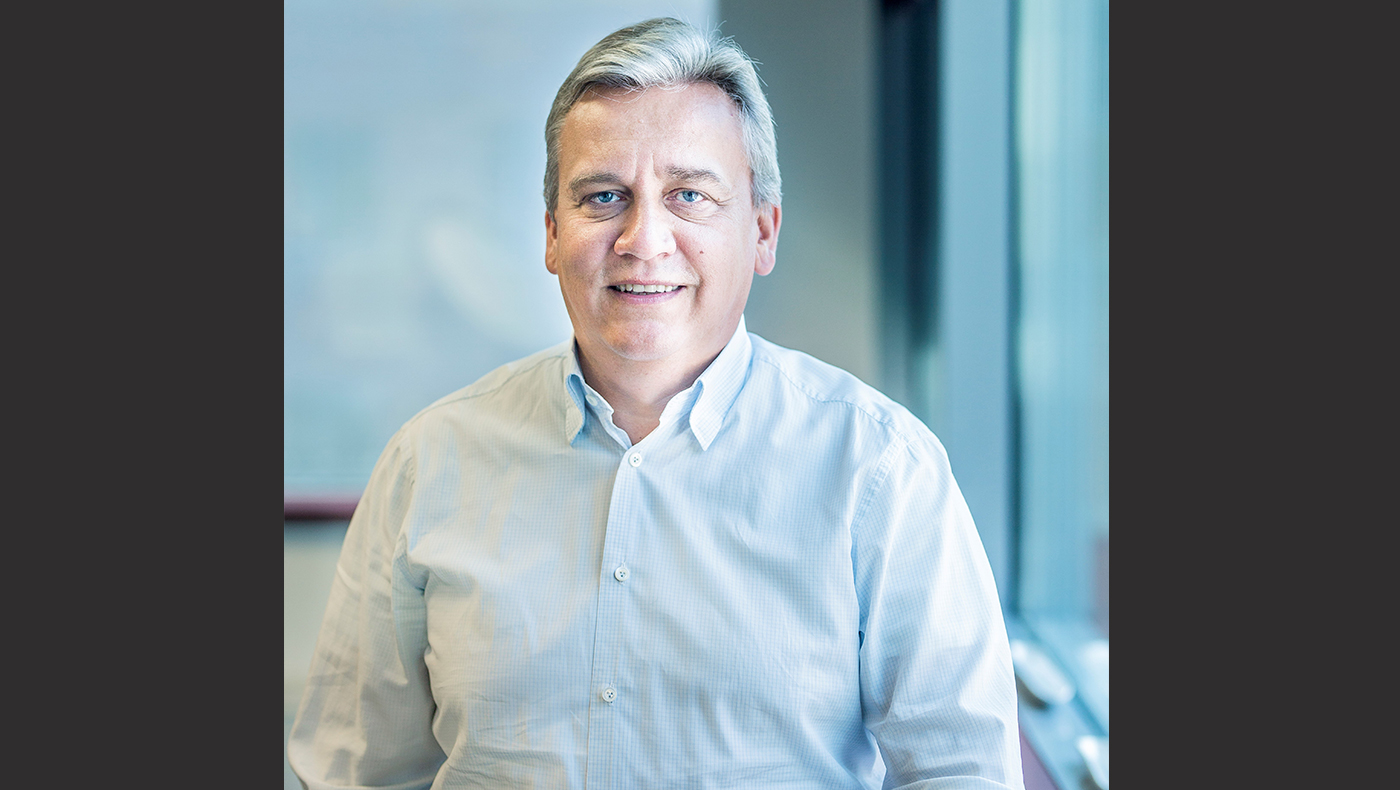 Hungary is strengthening its logistics position, with huge investments in the sector. By 2022, the Hungarian government aims to spend €15 billion on road and rail developments with a view to boosting the country’s logistical capacities. The National Infrastructure Fund (NIF), one of Hungary’s largest public investment companies, is tasked with the development of railway lines, motorways and main roads to meet the country’s goals for modernization and connectivity with, for example, the Trans-European Transport Network (TEN-T), the Europe-wide system of roads, railways, airports and water infrastructure. Can you give us an overview of some of your major projects?

I would like to highlight two main projects that we are currently working on: one railway and one road project as these also have important international implications.

The first project is the Békéscsaba-Lőkösháza project: as part of the TEN-T, the last single track of railway line no. 120 between the city of Békéscsaba in the southeast of the country and Lőkösháza, on the border with Romania, which has become obsolete, is to be upgraded as part of this project. The aim is to increase transport capacity and safety while decreasing travel times so as to achieve efficient and competitive passenger and freight transport on the complete Hungarian section of the core network corridor. Another aim is to establish a two-track international connection with Romania that is on par with European expectations. Among other things, the project includes the renewal of the existing track, the construction of a second track, the modernization of the signaling equipment and the installation of European Train Control System (ETCS) Level 2. All this will make it possible to increase the axle load from 210 kN to 225 kN and the speed from 100 kilometers/hour to 160 kilometers/hour.

Conditional public procurement procedures related to the works have started and are currently in progress. According to our plans, we start the construction works in 2021. With regard to the project containing the track construction and signaling equipment works, the completion deadline is close to three years, while with regard to the completion of the ETCS Level 2 works, this is close to four years. Based on the above, the project is expected to be completed by 2026.

The second project that I definitely need to highlight is a public road project: the section of motorway M30 between the city of Miskolc and the northeastern settlement of Tornyosnémeti on our Slovakian border will be opened up to traffic this year. This section is connected to the TEN-T network. Furthermore, it is also connected to the Mediterranean Corridor, which runs along motorway M3 to the Ukrainian border. The alignment of motorway M30 connects to express road R4 Kosice-Milhost (Kassa-Miglécnémeti) constructed by Slovakia next to the border crossing point located near the settlement of Tornyosnémeti.

This motorway section has two roles in the network: on one hand, it connects Miskolc, the third-most populous city in Hungary, as well as the industrial area of Sajóvölgy to the Hungarian network of express roads, while on the other hand, it also plays an important role in the European network of roads as road E79, a part of the Kosice in Slovakia to Thessaloniki in Greece express road corridor. M30 is part of the Via Carpatia road plan agreed with Poland, Lithuania and Slovakia. The project increases the service level of public road transport. It shortens travel times and increases transport safety. The motorway is to be constructed along an approximate length of 56.8 kilometers.

How is NIF promoting better sustainability in the transportation sector and prioritizing new types of mobility to decrease the sector’s environmental footprint? Can you give us some examples of innovative initiatives and new solutions deployed and promoted by NIF?

In Directive 2014/94/EU on the deployment of alternative fuels infrastructure, the European parliament set the objective of competitiveness as well as the safety of energy supply so as to achieve efficient energy use by 2020. This also led to the Hungarian government setting the objective of innovative industry development, a vehicle-industry technology shift and autonomous vehicle testing, according to uniform principles. As a result, the center of the domestic test environment, the Autóipari Próbapálya Zala (European Test Course Zala, APZ) was born in Zalaegerszeg. The interest of vehicle developers rapidly shifted to testing autonomous vehicles. Consequently, the high-speed smart-car road test section of M76, which is to be completed by the end of 2024 and will be connected to the test road, will provide a unique opportunity for public road testing.

When it comes to sustainability, we also need to mention bicycle investments. As of 2016, NIF has also been acting as the building promoter of independent bicycle projects together with Magyar Közút (Hungarian Public Roads) and specific municipalities, according to the tasks assigned by the Ministry of Technology and Innovation.

In order to protect the environment and reduce harmful emissions, a significant demand arose during recent years for the construction of bicycle roads so as to develop given regions in this direction. Large bicycle investments delegated to NIF include, among other projects, highlights such as the bicycle facilities implemented in the vicinity of the Tokaj Hill between Budapest and Balaton as well as on the Balaton Bringakör (bicycle ring). The construction of over 60 kilometers of independent bicycle roads is currently in progress.

Can you give us some insights into NIF’s international relations and cooperation strategy?

As a result of bilateral professional cooperation with the public entities responsible for the development of Austrian and Polish roads and railways that was initiated by NIF in 2018, regular exchange of experiences takes place at the headquarters of the entities on a rotating basis in the form of personal and online meetings organized several times each year between our companies. In addition to these, local project site visits ensure that all experts can become familiar with the operation, projects, technologies and practices of partner organizations, providing an opportunity for participating experts to make use of this information at their own companies.

So far, high-profile topics covered have included the future development of high-speed rail connections between our major cities, the novel track relocation solution used in the main Vienna terminal, the Warsaw motorway project implemented in combination with tunnels, the implementation of connecting motorway projects near borders, the construction of the Komárom Danube bridge using a unique method, as well as the use of drones during preparation and works. Technical standards and codes applied in each country were also reviewed in detail; similarly, the types of public procurement in the European Union and at home, as well as related experiences. Based on the feedback gathered during recent years, cooperation is seamless.

Another excellent example of cooperation between the Visegrád Four countries and, within this, cooperation between Hungary and Slovakia is the Monostor Bridge. As a result of cooperation between Hungary and Slovakia, the construction of this bridge provides a new crossing opportunity across the River Danube. In addition, it takes load off the downtown Komárom Bridge and offers a bypass section around the town, thereby improving the living conditions of the given areas and increasing traffic safety. Construction of the bridge started in September 2017 and the bridge was opened up to traffic in September 2020. The construction of the Monostor Bridge, which acts as a new border crossing point, is expected to lead to a rearrangement of traffic.

Also regarding cooperation between Hungary and Slovakia, I should mention that preparations for the development of a new north-south transport corridor started in 2020. A study plan is being created and will be completed by the second half of 2021 involving a new alignment—the future M81—as well as using the alignments of main roads no. 1381 and no. 63 along the settlements of Komárom, Kisigmánd (M1), Kisbér, Székesfehérvár (M7) and Sárbogárd (M8).

How is the organization working to promote these major transformation projects, improve the image of the sector, and grow Hungary’s global reputation and attractiveness?

The communication of NIF is characterized not by conducting image communication and not by conducting campaigns in the classic sense of the word. The task and purpose of our communication is primarily to provide information to residents and decision makers regarding the progress of projects. Of course, an important part of our work is being present in professional media and providing professional answers to journalists’ questions. We organize press conferences and project-related events, and we are, of course, also present on social media, which is a fundamental requirement today.

Do you have any final message for our readers?

We believe that these mega projects and putting more effort into the sector were good decisions on the part of the government. We are going to reach our aims and that will be helpful for supporting the whole Hungarian economy as well as Hungarian citizens, as we are going to provide a more comfortable road and railway network system.