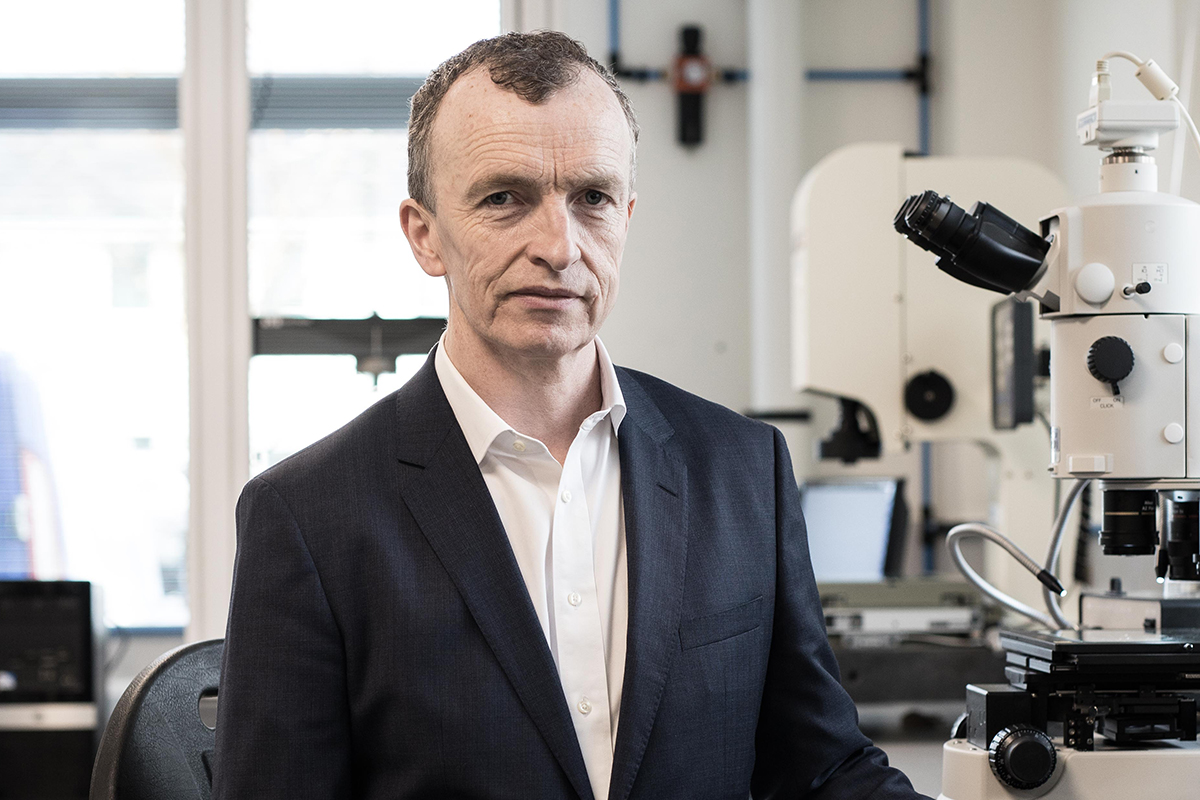 John Power, Founder and CEO, Aerogen, details his company’s significant role in combating COVID-19 with its technologies and plans for bringing new medical marvels to hospitals around the world

What has Ireland done to attract the industries that it has today?

As a small country Ireland did not have the same industrial or agricultural revolution that happened across most of Europe. From the 1960s onwards the Irish government established successive policies to attract foreign direct investment (FDI)–mainly from the U.S.–to build the economy and create work for its young well-educated workforce. The first sector the government targeted was the computer and electronics industry, and companies such as IBM built sizeable operations in Ireland as part of their European market strategy. Once the computer industry started to wane, they were successful in attracting large foreign telecommunication, aerospace, medical devices and pharmaceutical companies. Our FDI strategy has enabled Ireland to become one of Europe’s fastest growing export-driven economies and sustained us through the banking crisis in 2008 and the pandemic. Ireland’s current industry is mostly in high technology, pharmaceutical, medical technology and information and communications technology sectors.

The country has done a good job at funding upper-level education. Ireland and Malta are the two countries that have the highest percentage of university going youngsters, with nearly half the population under 25 going to university. The country has geared courses to have a strong emphasis on technologies. Galway is one of the biggest medical technology hubs in Europe. Its university has extensive courses in biotechnology, medical technology and medical engineering.

Ireland houses around 19 of the top 20 medical technology companies in the world, and the same can be said in our pharmaceutics and information and communications technology sectors. The country has done a great job for a relatively small economy and hosts big names such as Google, LinkedIn and Amazon. We do not have a big internal market like Germany, France or America, and instead need to export. Irish companies are born global.

Can you give us an overview of why you established the company and its operations?

Since the government was in the process of attracting FDI investment in the medical devices sector, I decided to get a job in a medical company to find out how it operates. I worked with one of the early American medical companies that came to Ireland as a European base and worked on the development of an intensive care unit (ICU) ventilator and life support vent from scratch. The plan was to only stay to learn the industry and then set up a business, but I got so into the development of ventilation that I stayed five years.

When the time came for me to come out and set up my own business, I took what I had learned with me. There are three things that determine a ventilated patient’s outcome: the first thing is how competent the caregivers are; the second is how well the ventilator works with the patient in taking over their breathing profile; and the third is what drug treatment and regime they are on. I found that no one had really investigated how drugs were delivered to ventilated patients. The technologies they were using for delivering aerosolized drugs to ventilated patients had been around for 50 years while millions of euros and dollars were going into designing ICU ventilators for life support. As an engineer I thought I could design something that would upgrade the entire process. I began product development and went to the U.S. and did an in-license deal with a company called Aerogen Inc. They were a venture-capital-funded start-up in Silicon Valley. I worked with them on the technology and within a year we decided to join the companies together. We went public on Nasdaq before the market crashed in 2000. When the bubble burst, the market was focused on fast returns on investments. Unfortunately, bio-pharma companies are long term by nature and require years of development. The merged company struggled and there was a hostile takeover by another company in Silicon Valley. I bought the business back in 2008.

We have grown the business by 25 percent year on year for 10 years. We grew 35 percent last year and 37 percent in revenue terms. We have our own group in California developing drug delivery programs. We currently have two Aerogen drug programs advancing through clinical studies. Our goal is for Aerogen to become a fully integrated device and specialty pharma company in acute care.

How did the COVID-19 pandemic affect your operations?

We knew our products were going to make a significant difference to people in ICU on ventilation. We needed to make sure people kept coming to work, which meant making things as safe as possible. We switched to working 24-hour days six days a week and added new production lines made of volunteers, including accountants and scientists, to man the lines for packing boxes and shipping products. Demand was overwhelming. We got half the year’s orders in three weeks. We had a 60 percent increase in supplying new hospitals that had never used our product.

However, everything was shutting down around us, including suppliers and logistics chains. We spent all last year working through various problems. Our business impacts the outcomes of patients’ lives. We did everything we possibly could, including driving across Ireland to hand deliver a product for an ICU patient when the hospital was out of stock. We are proud of our operations last year; we did not let anybody down.

Additionally, we were approached by many pharmaceutical and biopharma companies who had drugs but did not have ways of delivering them to ventilated patients. They want to work with our systems to deliver their drugs. We formed a group called the COVID Response Team that was made up of engineers, logistic scientists and clinicians. We supported companies that approached us in their clinical trials all over the world. Between research institutes, pharmaceutical companies and biopharma companies, Aerogen is involved in about 25 to 30 different programs for different drugs in the treatment of COVID. We suddenly became the preferred means of delivery for all these companies.

Why were your products so popular during the pandemic?

When COVID-19 first broke, there was a lot of discussion about it being airborne. People became afraid of aerosols in the hospital. In some hospitals there was an actual fear of nebulising drugs to patients because they were getting instruction from higher management to avoid contaminated aerosols. The tubing and ventilator connected to the patient is pressurized. With other means of delivering drugs, such as metered dose inhalers, they must open the circuit to deliver the drug. When they open the circuit, that potentially exposes the caregiver to the virus from the patient. Our system is the only one available worldwide that is closed with no risk of contamination. Once people realized how important it is that caregivers do not get sick, demand for our product rose.

In the early days of COVID, no one knew exactly how much risk there was for caregivers, but they knew it was dangerous. Personal protective equipment was not always available in hospitals all over Europe. This resulted in a lot of people being sedated, intubated and put on mechanical ventilation earlier than they probably should have to contain the virus within the ventilator breathing circuit. Now hospitals are using more non-invasive ventilation like face masks and oxygen cannulas because outcomes are better.

We think probably 3 million ventilated patients were treated with our technology last year. There probably is not another single company in the world that has had more contact with COVID-19 patients than Aerogen. Although we are a small company of around 330 people, the pandemic brought Aerogen right onto the frontlines.

What new developments are you working on?

The biggest program we are working on is a way to deliver a drug to premature babies. When a baby is born prematurely it is born without surfactant in its lungs. Surfactant is like a lubricant that allows the alveoli to open and expand and allow gas exchange and oxygenation of the body. But in premature babies, the surfactant is not yet turned on. Premature babies in incubators have breathing rates far greater than ours because the lungs cannot open. They use up a massive amount of energy just to breath and some die of exhaustion. However, if you take surfactant from the lungs of calves or pigs, distill it and pour it into the baby’s lung, it works. This was probably one of the greatest steps forward in neonatology 30 years ago. Survival rates of premature babies have grown massively.

The problem with surfactant is that if you put gas through it, it bubbles like froth and does not get where it needs to go. Currently, the only way they can get it into the lungs is to intubate the baby and pour the surfactant in. The process is invasive for an early baby with immature lungs and causes life-long damage to the child’s respiratory system. Aerogen has developed what we believe will be the first aerosolized surfactant that will be delivered up through the baby’s nose with nasal prongs. As the baby breaths, the surfactant will softly go down the airway and coat the lungs. The product is currently in phase 2B of clinical trials in America right now. If we succeed, it will probably be the next big step in neonatology. The development was self-funded. Unlike a lot of companies, Aerogen plows back all its profits into our own research in the field. We do not have shareholders taking money off the table.

Which markets take up the larger shares of Aerogen’s operations and what other markets are you targeting?

We look at America first as it is an English-speaking country with a solid currency. It is a massive market to go after and it is straightforward. Europe has become more like that, but it was not beforehand. Previously, there were different currencies and one needed different approvals in each country. Links between America and Ireland are huge. You only need to scratch the surface of a company over there to find Irish American roots. This makes it a lot easier doing business. We are always welcomed as an Irish company by American companies and the market now makes up about half our business.

We also have offices in Germany, France, the UK, Dubai, New Delhi and Shanghai. We are a global company with global customers. We have offices in all major world markets. We are currently growing our Indian and Chinese businesses. China is probably the hardest market of all. They are geared towards selling to us, not us selling to them. There are lots of barriers to enter commercially. We are in China predominantly because our partner companies are in China, such as Medtronic and Philips. We are supporting their business and trying to grow our independent business.

It is at times of crisis that the best comes out in the world. There has never been as much collaboration and co-operation across countries and companies to find solutions as there has been with COVID, and that will carry on. Advances made because COVID will have a lasting positive impact on all our lives.