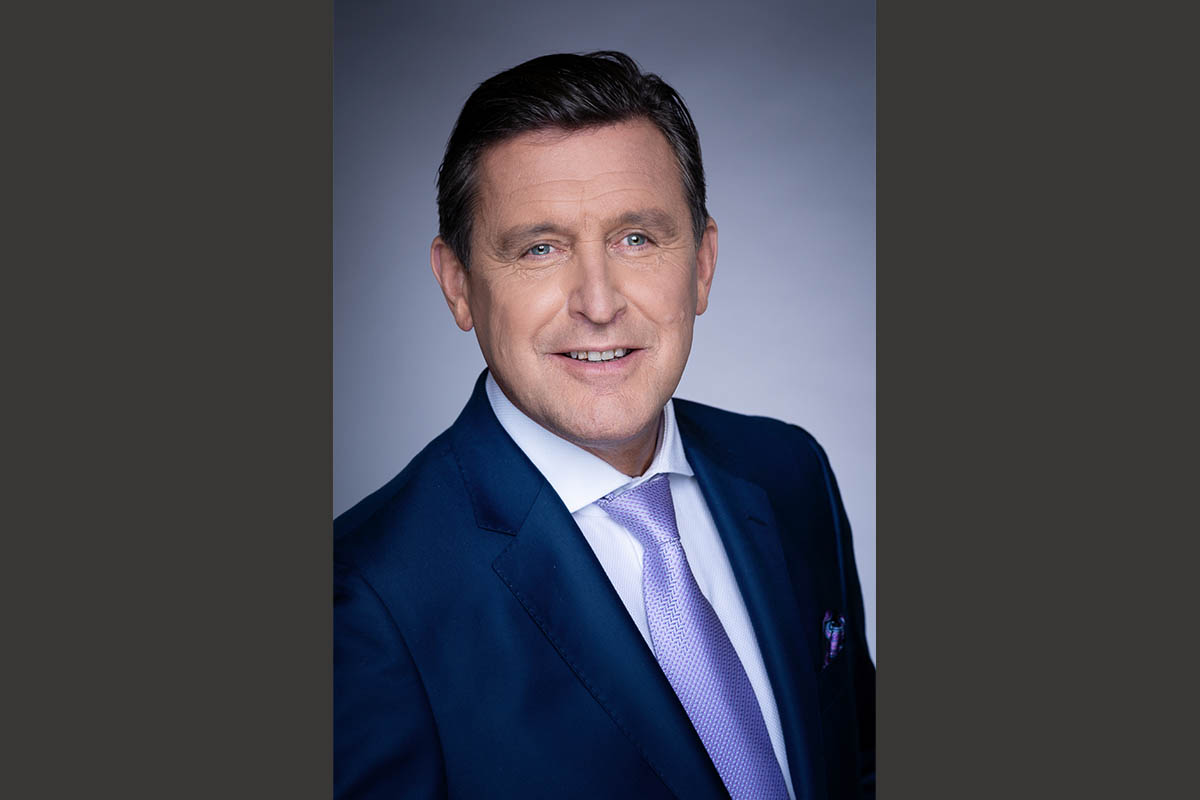 Peter Hanke, City Councilor, Vienna, helps oversee a city of the future in an ancient setting — and people can’t help but be drawn to it.

Vienna is a beautiful city that brings together artistic and intellectual history with modern views on architecture, sustainability and urban planning. How would you sum up the essence of Vienna and its people? In terms of industry, what are Vienna’s greatest strengths and why?

Historically, Vienna has served a rich function as a bridge between the East and West and today it is a massive international hub. It is also a growing city, which will soon reach 2 million inhabitants with a growth rate of more than 10 percent over the last 10 years. However, Vienna is also an incredibly young city, a city of students, so to speak, with over 200,000 university students currently living here. What Vienna is also most known for is our incredible high quality of life, which is due to the massive public infrastructure that has been built and invested in over generations in the form of public housing and public transportation. This is a factor that makes Vienna incredibly unique also among the other European metropolises. We combine this with a clearly stated goal of a clean government and a green policy. We are aiming to reach carbon neutrality by 2040, which will require a great deal of investment and public works.

The three main focal points of the last couple of years have been investing in social housing, something that was originally created and then further innovated by the city of Vienna like nowhere else on earth; second, public transportation leveraged on such a massive scale that a car is truly unnecessary for any of the citizens; and third, a broad cultural and event offering that allows people to find new experiences within the city every day. Each of these elements is only possible if the economic growth keeps pace. Hence, we created an innovation strategy and an advisory board that together came up with six main goals on how to further develop the economy of the city. They span from urban production all the way to internationalizing a city that is already one of the four United Nations headquarters.

The quality of life in the city is directly intertwined with both its public infrastructure and public investments. I believe deeply that a strong and dynamic, innovative city can only work if there is also an innovative and dynamic partnership between the public and the private investment side.

Over the last few years, we have seen a very strong development in certain aspects of the city’s economy, specifically in the life science sector, which, unknown to many, is much larger than, for example, tourism. Other areas are flourishing in the realm of startups, and we now have a couple of incredibly successful unicorns: Bitpanda and GoStudent, just to name two examples, have a capitalization of more than $1 billion. We use these positive developments to further the opportunities for the city and create larger economic opportunities for the economy and our citizens.

This year, for the first time, we have also presented a double budget for the years 2022 and 2023 to create more flexibility and ability for long-term planning. Altogether, the city’s

budget of $18 billion will focus on the core areas of health care, education, social care and investment in the city’s future.

We saw positive developments in 2021. Specifically, Q2 and Q3 showed healthy growth before the last lockdown in Q4. Overall, we see economic recovery and its effects slowly taking place, but generally I have quite an optimistic view and expect general economic growth for 2022 of around 5 percent. To sum up, our investments on the local level are strongly focused on climate, housing, infrastructure and social care. Then we are investing around $4.6 billion over the next four years just on the goal of CO2 neutrality and innovation.

Developing a smart city requires ongoing investments in technology and innovation. It also requires a tight partnership between governance, citizenry, and private corporations. What are some of the most innovative projects, both recently launched and ongoing, that will change the city the most? Also, what are your views on the most interesting business and investment opportunities that are emerging in Vienna’s smart city transformation?

The city of Vienna has, for a very long time, valued a strong partnership with the business sector and, through the use of PPP models, has used innovation and the city’s knowhow and ability, together with private investment, to further its goals. To give you a few examples in the field of energy, the council recently supported the creation of a PPP to model hydrogen-based gas stations — and very soon hydrogen-based public buses — as a way to create an opportunity to explore alternatives to gasoline. We are also delving into the use of geothermal power as an alternative to traditional methods. Since the city owns a large energy corporation, we can partner up with private sector businesses to create these new opportunities.

Another big factor when we think of innovation, public policy and private investment is public housing. The city of Vienna itself owns one-third of all housing in the city. Therefore, we can use this opportunity to try out new technologies for energy efficiency on the large share of housing that we own.

We always try to look at both sides of things, meaning private and public, but also digital and analog. For example, the city itself creates digital platforms that make it as easy as possible for the citizens to use all our services. At the same time, we are partnering with the private sector to build a better digital infrastructure; for example, working with the big telecoms on the rollout of 5G.

Another area where the public and private sectors work very well together is in healthcare and life science. Vienna has traditionally had a very strong healthcare sector. Over the last few years, a lot of innovative companies also settled here, and this was especially noticeable during the pandemic. The city is extremely resilient due to knowhow and a strong public infrastructure. For example, we can do almost half a million PCR tests daily through this public-private partnership that has been created, which is not only great for the citizens but also potentially for tourists.

Vienna was ranked the greenest of the 50 most visited cities in the world in 2020. This was based on green spaces, sustainable developments, and air and water quality. What are some of your new ambitions in sustainability and targets toward the circular economy? Could you share some of the latest developments in expanding cyclist infrastructure and implementing e-mobility strategies? Finally, what opportunities do sustainability initiatives represent for foreign investors?

One very exciting new project is a larger outreach into photoelectric energy production. Again, since the city owns a lot of retail and housing space, we are using our roofs now in a massive investment to create more solar-based energy. There is not a lot of wind here, so wind energy is not an option. Austria, thanks to the Danube and the Alps, is already one of the main producers of hydroelectric energy, so we are looking into the field of solar to further our ambitions of becoming climate neutral. Already 80 percent of the solar energy produced by our country comes from private and public collaborations.

We are focused on evidence-based policy as well as city planning being in strong accordance with academia, science, and innovation. If we take, for example, the Lakeside Smart City project, where we will build a completely new district, setting new standards on what modern, sustainable energy efficient and participatory city planning can look like. This is an area that is on the outskirts of the city, where before there was a [university] construction site, we only had a metro station.

Similarly, around the train station we tried to find new ways to combine local logistics and international transportation, always making sure that public spaces continue to be available and created in a way that are accessible to all citizens. This is also very important when we think about new mobility concepts like the Last Mile. Again, we are cooperating with both the public and the private sectors to create not only a digital solution where we, as a city, make sure that the data of the citizens is protected, but also new ways to get people home, or to get products on the Last Mile, to the place where they need to be in order to be the most sustainable possible.

The issue of over-tourism has disappeared since the pandemic came to Vienna and the world. In May 2021, the city put down $4.4 million through the Vienna Meeting Fund towards business events, with the goal of raising $405 million by 2023. Just recently, in December, Austria reopened its tourism industry after a ban was put in place at the end of November. What effective strategies has the city launched to bring the return of tourism after the pandemic? How important is the tourism industry in terms of Vienna’s economy?

In the last two years, the city has mobilized around $665 million in support of businesses to help them through 50 different measures during this crisis. This includes specifically, of course, supporting those companies hit hard by the lack of tourism in the gastronomic area, the hotel area, and the event and culture space. One of these measures that you just mentioned is the Vienna Meeting Fund where we, as probably the first city in Europe, are offering a cooperative financial instrument to restart hybrid international events, part of an extremely important industry that, since the Congress of Vienna in 1815, has been an integral part of the city.

Aspern is one of our proudest achievements, and it has been exceptionally successful. Around that area, we are now developing 60,000 new housing units. Currently, Vienna is a young city due to, on one hand, this massive student level, but also because there is a lot of intra-Austrian, as well as international migration. Young people just keep moving to this town, and if we want to keep it affordable, we also need to make sure, both through public and private means, that there are enough housing units.

You also have to think of housing in conjunction with education as inseparable. As we focus on the solutions that the city will need in the future, we are also striving to raise educational standards. Whether we are talking about solar energy, artificial intelligence, hydro power or any of the smart city solutions, they will come out of cities. This is not only the place where innovation happens but also where it needs to be tested and grown. Therefore, we must think about each of these aspects—mobility, housing, education—in a holistic manner.

In the fierce competition of European capitals for talent, we have also just opened a new service unit, the Business Immigration Office, which supports international talent when they decide to make Vienna their new home, facilitating the project.

You have been with the municipal government through a very challenging period and continue to provide leadership for a sustainable future for the city and its residents. What is your personal vision for Vienna beyond the pandemic? What should the future smart city of Vienna look like?

We will use the next 18 years to genuinely focus on the sustainable revolution that is truly necessary for the future of our cities. The technologies that allow our cities to become resilient and sustainable are within our grasp, and this is why it is so important to not only make the public and private investments, but also to make sure that education is available to modernize ourselves further into a more sustainable future. Vienna, in the center of Europe, with our proud international tradition, but also tradition as a public service and utility provider, is a willing partner to help achieve that goal. This will be our focus.